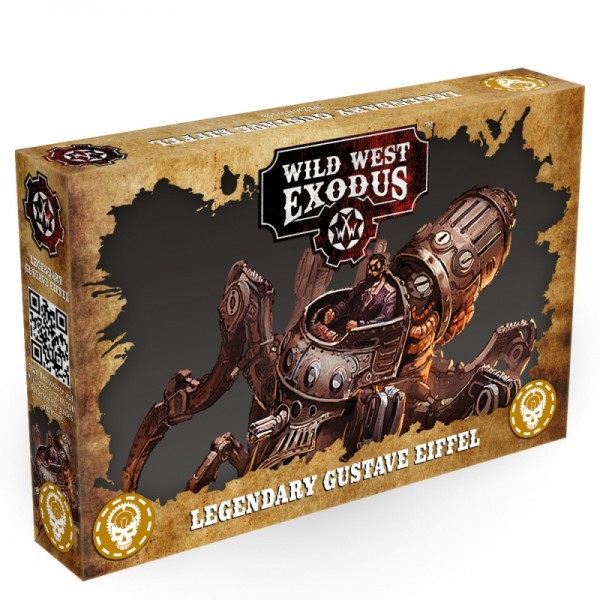 Beschreibung Bewertungen 0
Beschreibung
One of the most influential figures within the Enlightened (though acknowledging there may be... mehr
Menü schließen
Produktinformationen "Legendary Gustave Eiffel"

One of the most influential figures within the Enlightened (though acknowledging there may be others is not an advisable notion to air in his presence), Gustave Eiffel has been working to carve out his own power base within the Egalitarian movement from the moment he arrived in the West. Seeing fealty to the Egalitarians as a way to break free of Lord Sturgeon’s constricting Custodian theology, Eiffel has embraced the wide proliferation of RJ-1027 that his fellow Egalitarian Enlightened promote.

Over recent years, the field of advanced mechanical augmentations has become an obsession for him. Building on his original Widower constructs, he now works feverishly pursuing the next great breakthrough in the field.

Reluctantly tearing himself away from his iron wrought creations, Eiffel enters battle piloting a spider-like combat chassis of his own design. Rumours persist that this is but a prototype for a much larger articulated colossus to rival those of the military powers of the world, a machine to stride across the Union bringing the influence of the Enlightened to every part of the continent, and beyond...