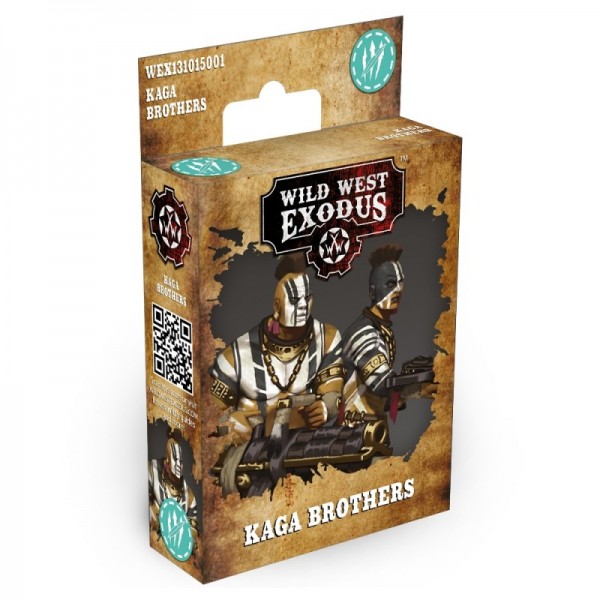 Beschreibung Bewertungen 0
Beschreibung
The enemies arrayed against the Warrior Nation are many and powerful and the Great Spirit... mehr
Menü schließen
Produktinformationen "Kaga Brothers"

The enemies arrayed against the Warrior Nation are many and powerful and the Great Spirit commands that they shun the use of the tainted technology from the Enlightened. Despite this limitation, the Warrior Nation make use of Gatling guns, heavy crossbows and other tribal weapons to destroy their foes, making up for a lack of such alien advantages with sheer heroism and faith in their traditions. Those who follow the Brotherhood of Kaga have resigned themselves to the fact that they will likely die in battle. Their use of support weapons and close proximity to the most deadly of conflicts makes this a certainty. The Kaga Brothers have their funeral rites upon initiation and their ranks are filled with those seeking atonement or with nothing else to lose. Deadly and valorous, the presence of Kaga Brothers in a force brings death with them, not just for themselves but for many of their enemies too.