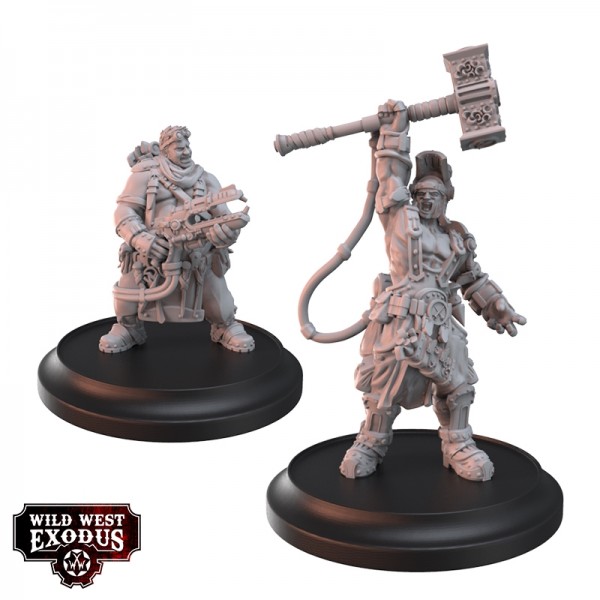 Many a fireside tale includes the appearance of Wayland the Smith. Often such stories feature a desperate and lonely rider who suffers a malfunction with her Iron Horse or the machinery of a struggling mine fails and the town faces ruin. Wanting no reward, save for a silver dollar if it can be spared, this man of legend appears from the horizon and fixes the problem. Before more than a thank you can be uttered, the stoic giant is on his way again, never staying in the same place for more than a night once his work is done. Wayland is an impressively large man with a strength as formidable as the steel with which he plies his trade. Often he lends a hand along with Panday Beck, his erstwhile assistant, who is seldom far from his side. What the fates have in store for Wayland as he roams the Frontier, who can say? Certainly, while Wayland doesn’t go looking for trouble, his journey has taken him to some of the highest and lowest of company. Even the alien Watchers and scheming Hex and Order have had reason to be thankful for his intervention and assistance. Quite how this mysterious wanderer can aid such wildly differing factions is but one further mystery that adds to his legend.