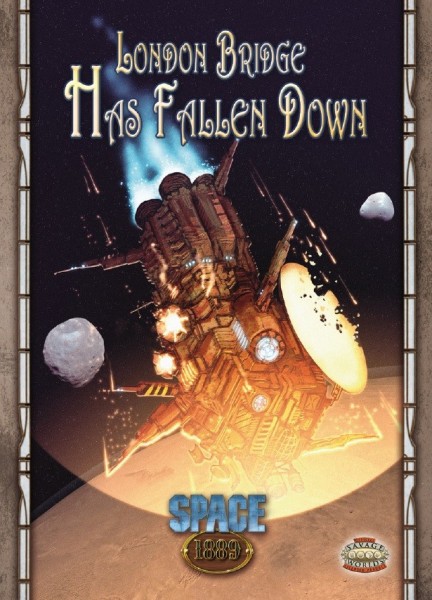 Mylarkt—Mars’ oldest city, home to a proud and fading race. But that pride masks a rot festering in the cracks of the city’s decay, an underworld teeming with smuggled goods and ancient artifacts sold at the behest of local crime lords to be shipped out along the ancient canals of which the city’s founders were pioneers—or so the inhabitants claim.

No sane Earthman would enter this pit of iniquity willingly—but who can refuse the request of a grieving noblewoman? Lady Edith Tillington is mourning her husband, a scientist in her Majesty’s service, who crashed in the desert onboard an ether flyer called London Bridge. She is now in need of bold, Mars-proven adventurers willing to help her recover the remains of her late husband. The characters arrive at the ancient Martian city only to find themselves at the very heart of the city’s quarrels, with the colonial powers, local smugglers, assassins, and the ruling elite of Mylarkt all playing out their own selfish schemes. In a wild chase, they will find themselves forced to make their way deep into the Isidis Desert, where they will be confronted with the best kept secret of the Empire!

This adventure includes a detailed description of the city of Mylarkt, including a city map, with additional locations, factions, and thrilling plot hooks providing inspiration for further adventures in and around Mylarkt, a city with a long history and powerful interests at play.

This adventure is written for the Savage Worlds Version of the Space:1889 RPG.